What a wonderful turn out for the Pride Parade on June 8th, we sure had plenty of colour and even the Flying Spaghetti Monster was all dressed up and ready for the festivities!   The FSM could also be seen dancing along to Frankie Goes To Hollywood at one point.  The crowd loved him!

Thanks to everyone that helped prepare for pride (a special thank you to Julie – one of our directors – for all her prepping and organizing), those of you that came out to march with us, and those of you that helped work at the booth after the parade was completed.  Thanks also to the representatives of the other related groups in the city; the University of Alberta Atheists and Agnostics, Greater Edmonton Skeptic Society and Grant MacEwan Heathens and Friends, who came to march with us.

This year saw it’s largest turn out, with more floats and walking entries than ever before.  About 30,000 people came to watch the parade, making it one of the most popular parades of the summer.   It’s a great place for the Society to show it’s support for the LGBTTQ community while also raising awareness of our own organisation.

More pictures of the parade can be seen on our facebook page. 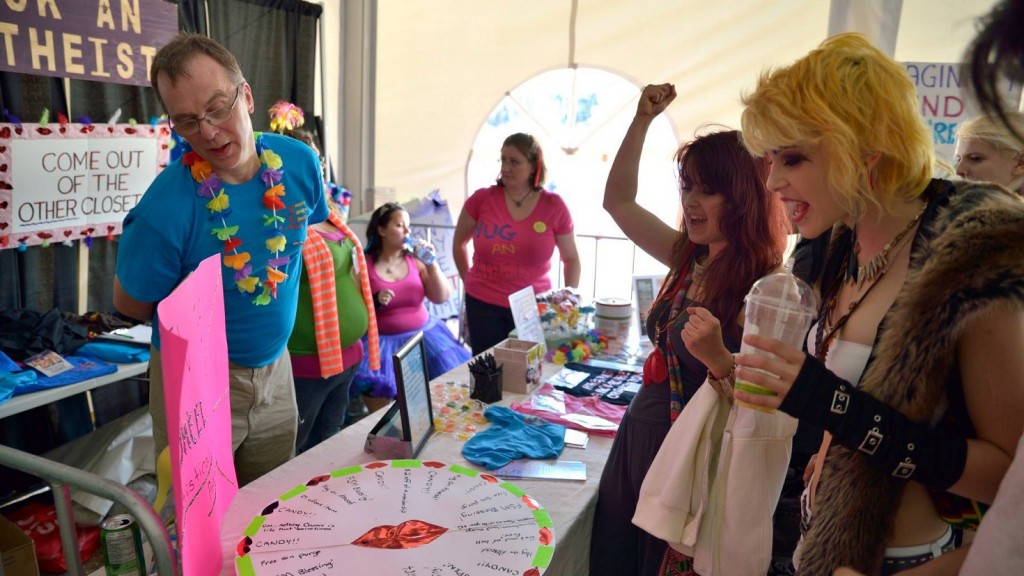 We had a new attraction at the booth for the people passing by, ”The Statistical Wheel Of Probability”,  and it was a huge hit.  People could spin the wheel for a chance to win some candy,  a Hug from an Atheist,  get out of hell free, as well as money off merchandise if they were interested.   One of the other favourite things to win was a ”blessing” from the Flying Spaghetti Monster.

”May your meatballs always be saucy,

May your noodles never get sticky,

May your macaroni always be cheesy.

Based on how much candy was given away we had approximately 400 people pass through our booth.   Quite a few chatted with us and even more admitted their atheism in front of their friends when they landed on ”Hug an Atheist”.  It was a great conversation starter.

What a fantastic fun filled day, I can’t wait for next year! 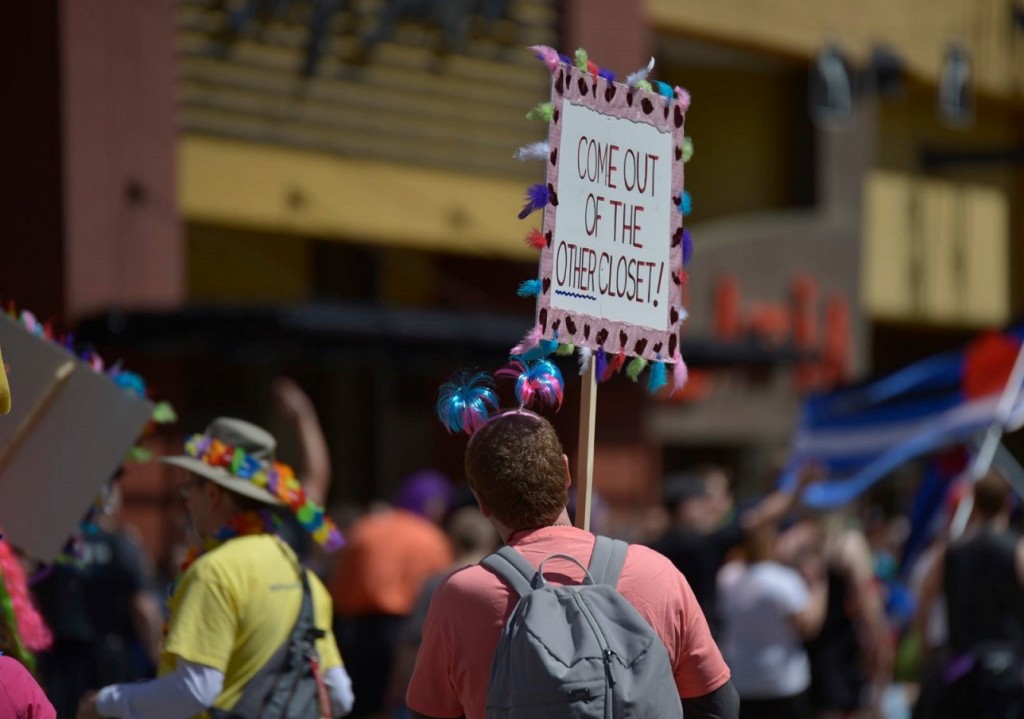