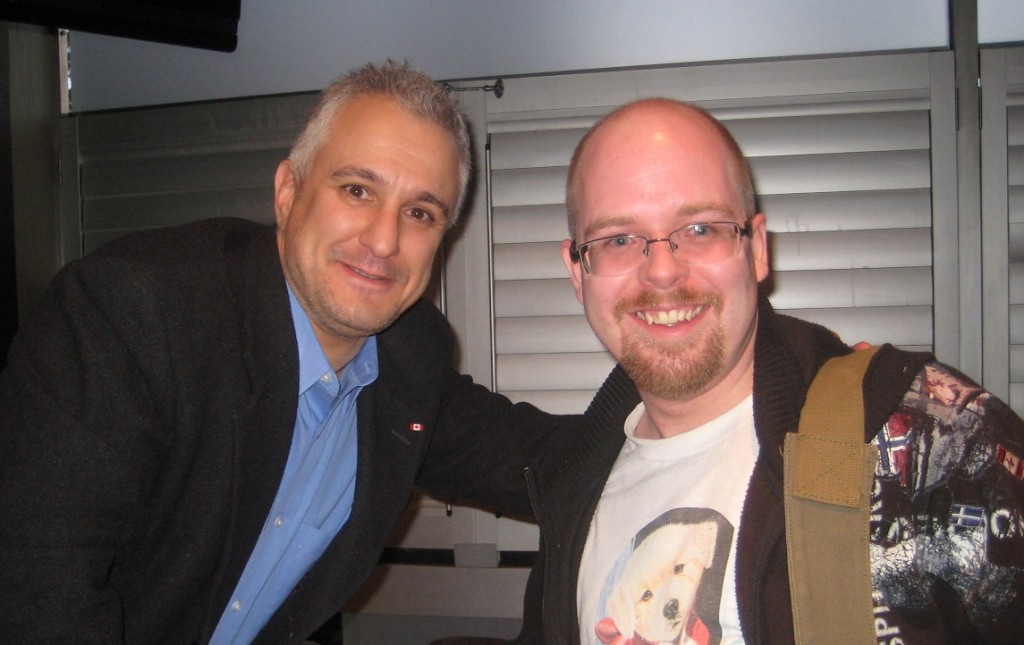 Peter Boghossian, author of the new book ”A Manual For Creating Atheists”,  was in Calgary this past weekend (hosted by CFI Calgary) and a few of us made a day trip down to meet him and hear him talk about a chapter from his book.   His presentation was from chapter four of the book, which talks about Street Epistemology, giving us a set strategy to use when talking to people of faith.

The basis of the interventions, as he calls them, is to allow people to come to a realization that faith is not a reliable method for coming to knowledge.  Instead we should be basing our knowledge on evidence, reason and logic.   The goal is to ask the correct questions to leave them thinking about why they hold the beliefs they have and perhaps examining them from a different perspective.   Peter emphasizes that this is NOT about attacking their beliefs or God, but rather WHY they hold the beliefs they do.    We are taught how to figure out what stage they are at (precontemplative, contemplative as two examples) and how to approach each level.  We want to move them to the next level (not the whole way!) and the book has examples of words to use/not to use, as well as conversations to model.    Peter’s presentation went through the nine strategies with us, and he had some examples of conversations he’s had in the past.   It is important to realize we won’t watch people deconvert right in front of our eyes, and that isn’t the point.  We simply want to leave them with things to think about and have them questioning HOW they know things.

I did have the privilege of seeing Peter speak last year at the Imagine No Religion conference in Kamloops and the talk there was the same basic discussion.  Watching him a second time I certainly caught some things I had missed the first time, I picked up on a bit more detail.    I was aware that CFI took a video of his presentation but it is not online as of yet, however you can watch the video from INR3.

A Manual For Creating Atheists was only released this last November and it has had some amazing reviews so far.  I’m excited and looking forward to reading this for book club in April, please come and join us if you are interested too!