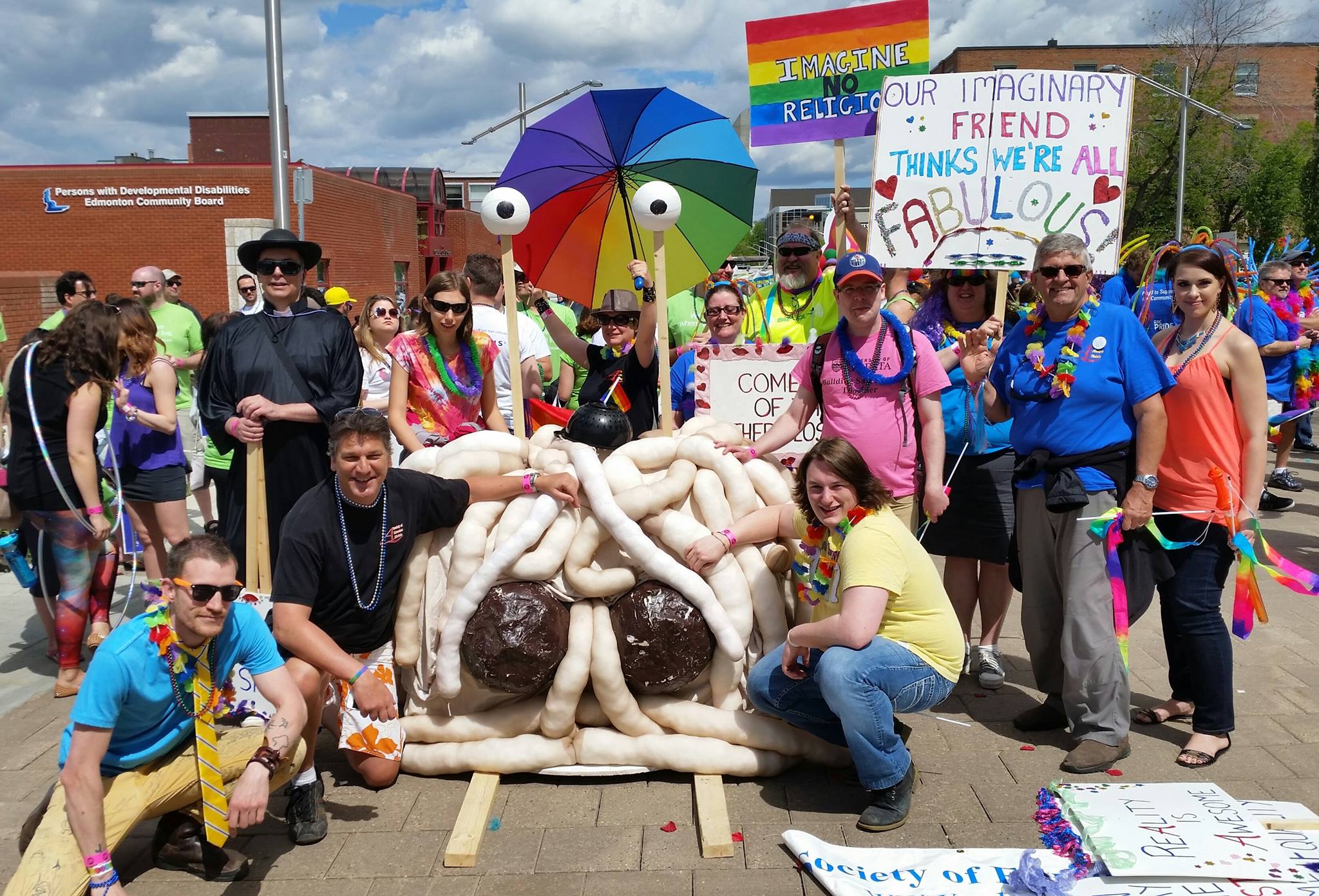 Another year, another great parade!    Our new Flying Spaghetti Monster made his debut this year at the parade and although his noodleness did lose his hat in the rainstorm (and a few noodles, which we will re-attach),  we managed to make it to the end with smiles the entire way.   A shout out to Nathan Phelps for coming up from Calgary to march with us too, what an honour!

At the booth, the wheel of statistical probabilities was a hit again this year.  We upgraded to a proper wheel this time and you could win a hug from an atheist, candy or a FSM blessing.  New pamphlets were available as well as all our usual merchandise, and the booth was pretty busy for the bulk of the day.    Overall, a very successful and fun filled day.

A big thank you to those that marched in the parade, those that helped at the booth and those that cheered from the crowd,  it was a whole lot of fun and we look forward to next year!