For those of you who know me, you know I’m a huge Doctor Who and Star Trek fan. So much so that I have spent a small fortune to attend both the Calgary and Edmonton Expos over the years to get photos and autographs of my favourite celebrity stars. Just this past month I was down in Calgary for my usual pilgrimage to have a Doctor Who related photo taken. Along with the celebrity signings and photo ops, there is a large presence of comic books, sci-fi and general geek products for sale at every turn, along with some non-profit booths encouraging you to help rescued pets or buy girl guide cookies.

During my travels through the non-profit area of the expo this year I stumbled across gamechurch, who cleverly had a picture of Jesus with a video game controller in his hands. Gamechurch are an evangelical group, who use entertainment expos as a way to spread the word of Jesus, and hand out bibles and stickers along the way. 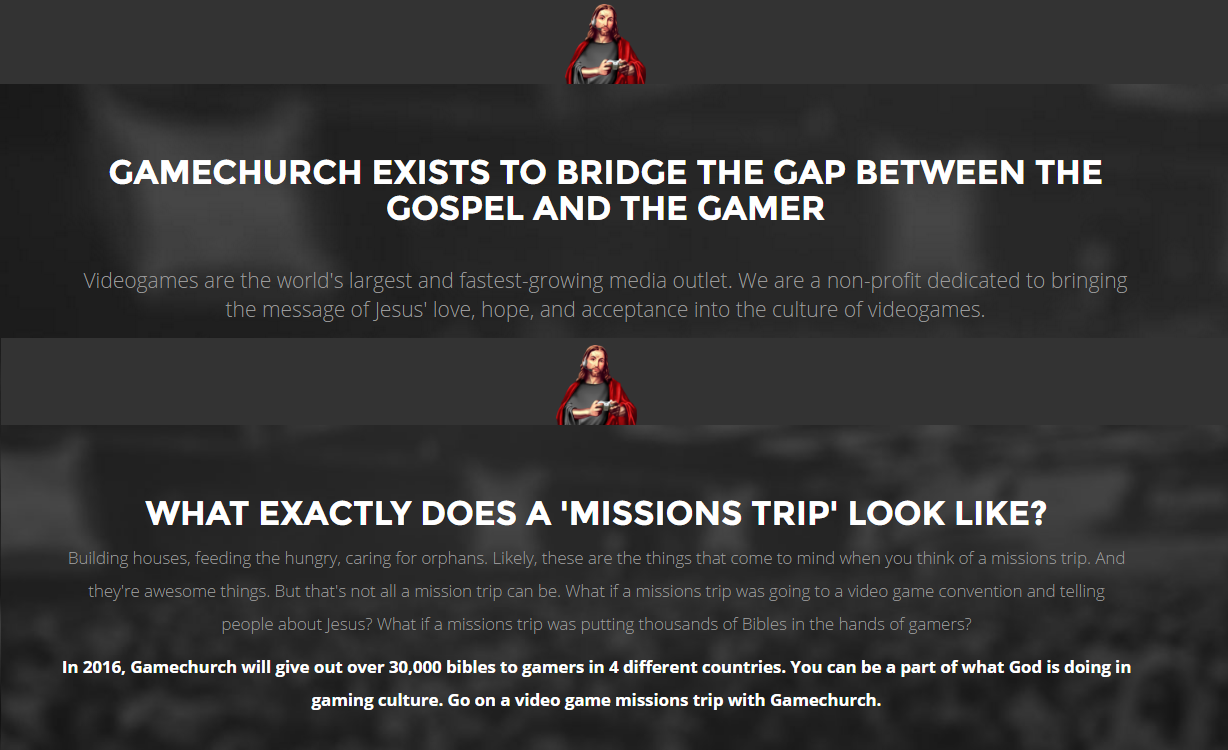 Discussions at The Society of Edmonton Atheist’s AGM in April led us to vote and approve the cost of a non-profit booth at the expo, understanding that there is a great deal of crossover between gamers, comic book lovers, sci-fi fans and atheists. So, I applied for a spot. A month went by with no reply, so I tried to reply again (Had I forgot to hit submit??), and my edmonton atheist email was flagged as already being in queue with an application, so I just directed a query for an update to them. A day later I had a reply. We’d been denied, quoting their policies regarding religious groups participation. 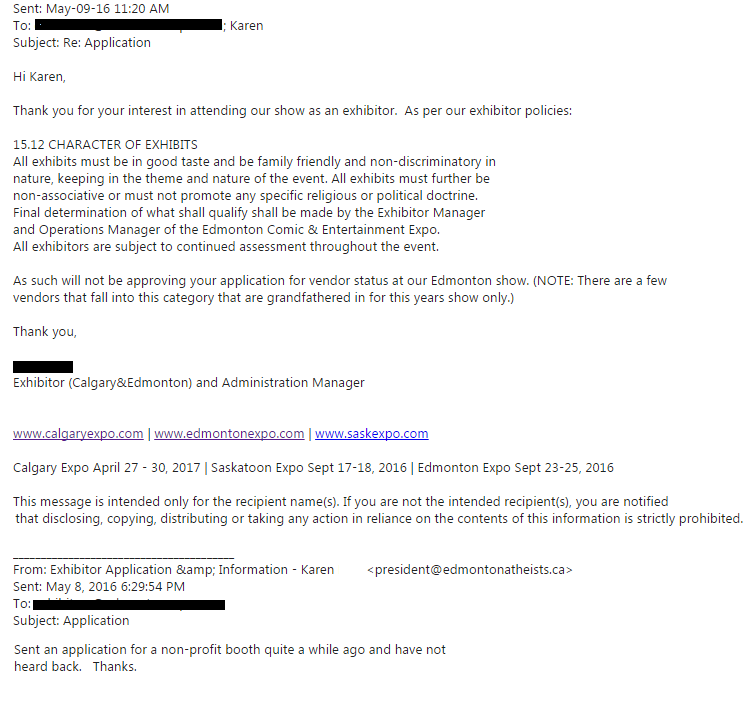 My eyebrow raised, I now wondered how a very obviously religious group (whose sole purpose was to proselytize) had applied and been approved with these policies in effect (2015 Expo policies clearly show this – check out page 11). Grandfathering a group in means they would have to be approved PRIOR to the new policy, which was clearly in effect in 2015. So, I emailed gamechurch to find out. 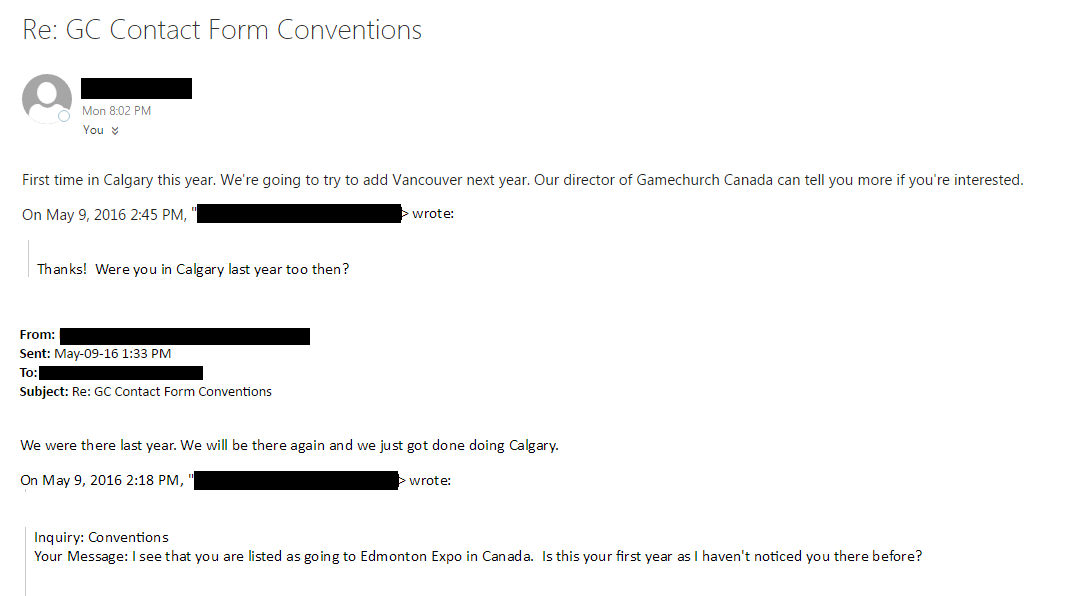 This would imply they couldn’t be ”grandfathered” as the new policy was already in effect when they were approved. I was also very interested in finding out what kind of religious doctrine a very specifically NON-religious group such as ourselves would be promoting? So, I asked the expo organizer in hopes that they could clarify for me. Unfortunately they chose to reply with a non answer and offered a meek apology. They have not answered my concerns, and instead offered an apology that comes with no answers, no booth and an evangelical organization such as gamechurch still being allowed to hold a booth at the upcoming Edmonton Expo in September (gamechurch have Edmonton Expo listed on their website as an upcoming mission). 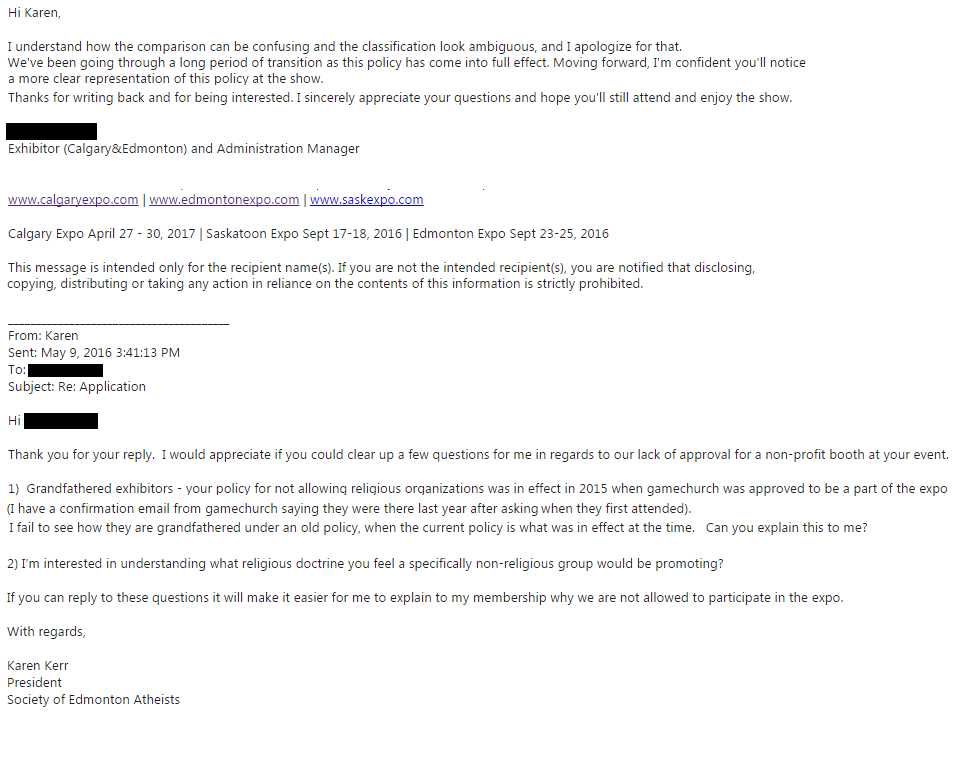 I guess Alberta Expo is okay with bending their own rules…but only for Jesus.