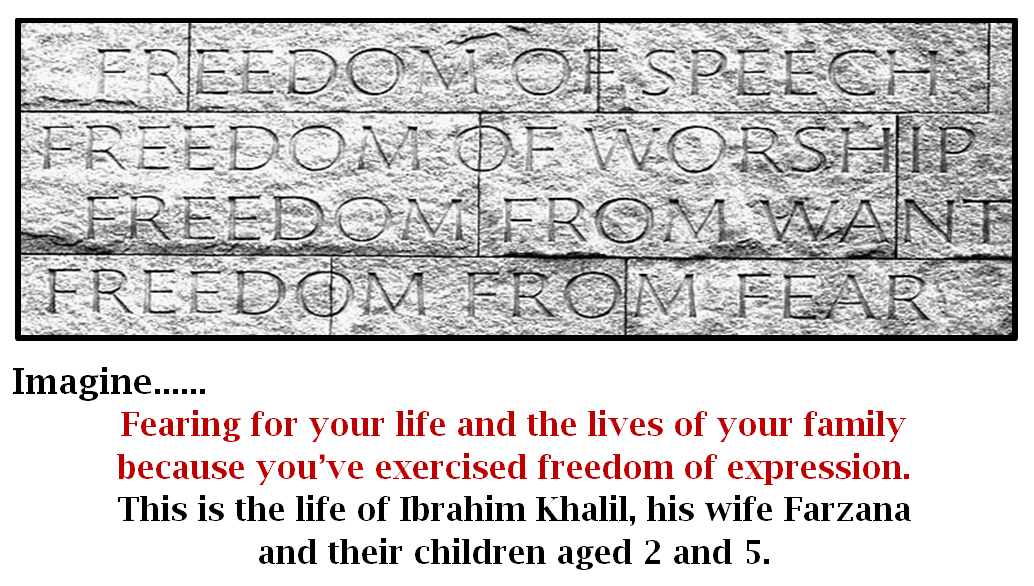 Ibrahim is an atheist blogger and activist in Bangladesh who has received repeated death threats because wrote about atheism, LGBTQ freedoms & Islamization.  He not only expressed his beliefs, but stands up courageously to uphold the principle of basic human rights. The penalty for doing so is death, often carried out by vigilante groups; the violence generally condoned by local governments.

Talking and writing about a humanist way of living is not tolerated in many parts of the world. Many of Ibrahim’s friends have been murdered by AL-Queda in Bangladesh, others have fled to escape brutal murder; he is one of those seeking safety for his family.

We won’t let them journey alone! Now you can help bring them to Canada.

Ibrahim and his family are UNHCR recognized conventional refugees. The Society of Edmonton Atheists is too small a group to apply to the government for sponsoring a refugee family so we are supporting the efforts of the West Hill United Church (atheist minister Gretta Vosper is involved) in order to bring this family to Canada.   West Hill United Church in Toronto already has a sponsorship agreement with the government, and their application for Ibrahim has recently been accepted by Canadian Immigration Services.   The Society of Edmonton Atheists are pleased to raise awareness in Western Canada of this cause to other atheist, skeptic and secular humanist groups, as well as to progressive Christian churches in order to help fund this resettlement.

You can help by offering financial assistance as they plan for resettlement.  Donations can be forwarded through CANADAHELPS.ORG

Please direct funds to the West Hill Refugee Resettlement fund and CanadaHelps will provide you a charitable tax receipt.

Your support for the Khalil family is very much appreciated and will offer security to a family who have not known safety in far too long!