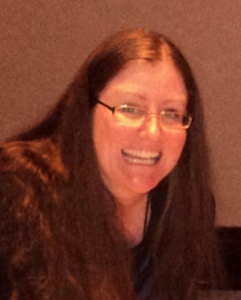 Ideas and Goals
I’ve never made it a secret that I am interested in building a community.  I was involved in trying to start up Sunday Assembly in Edmonton, as well as have tried to facilitate joint events between various groups in the city.  Recently we started encouraging members of SEA to also attend various events that are run by other secular type groups.  Examples are the Secular Ethics meetup in Stony Plain,  Documentary movie night at Westwood Unitarian,  joint volunteer events with the Secular Humanists of Alberta.  I would like to continue to promote these relationships with like-minded communities and also reach out to Skeptics groups in the area.

So that new people seeking us out have clear guidelines on what we stand for, I’d like to see a strong public support from the Society in specific areas:
– The Dying With Dignity Movement
– Groups that call for the end of public funding for Catholic Schools
– Groups that encourage comprehensive sex education, and stand up for women’s abortion rights
– Proving we are allies for the LGBTQ+ community
– Support a pro-vaccination stance, and call out pseudoscience
– Support the West Hill United Church initiative to help ex-muslims in Bangladesh come to Canada via their sponsorship agreement with the government.

I would like to continue to support relationship with interfaith groups, and encourage events where we can come together and learn.  I would prefer on finding common ground with theists, instead of harbouring ill will towards each other.  ** some people have misunderstood this part, I think we should be able to come together in learning situations, or at joint events without it turning to angry vitriol.  Respectful discussions would be preferable.  I understand that sometimes emotions will run high, particularly when we’re talking about issues where religion has refused others their rights.

I believe, because our mission statement includes ”agnostics, freethinkers, skeptics and secular humanists” as well as atheists, we should try our best to work towards making people at different stages of their journey feel welcome.  This may mean creating new events for specific groups, or revamping our current events.

I would like the SEA to have a strong commitment to volunteer work, continuing our twice yearly highway cleanup, blood donations, and adding volunteer events at the Food Bank every 2 months.   Fundraising events for specific causes, like the sponsorship of secular bloggers, are also things I would like to see more of.

My personal values:
I am a firebrand atheist (I don’t shy away from telling people that I’m an atheist) and I want to change the view of the term ”atheist”.
I completely believe in equal rights for both men and women, and I do not believe we have achieved that equality.
I fight for women’s reproductive rights, and have been doing so since I was 16 years old.
I am a socialist, and tend to vote for left leaning political parties.
I believe in freedom of speech, but also believe that others have the right to speak out using their own freedom of speech if they feel someone is promoting hurtful, bigoted, racist or sexist ideas.
I prefer to promote civil discussions when there are disagreements.

Even if you don’t share the same progressive views that I have, my hope is that we can come together through a focus on our ideas and goals for the Society.  There are plenty of secular issues that our group can work on together, regardless of which way anyone leans politically.