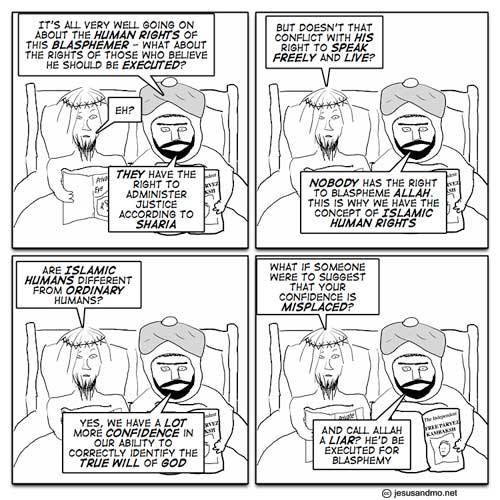 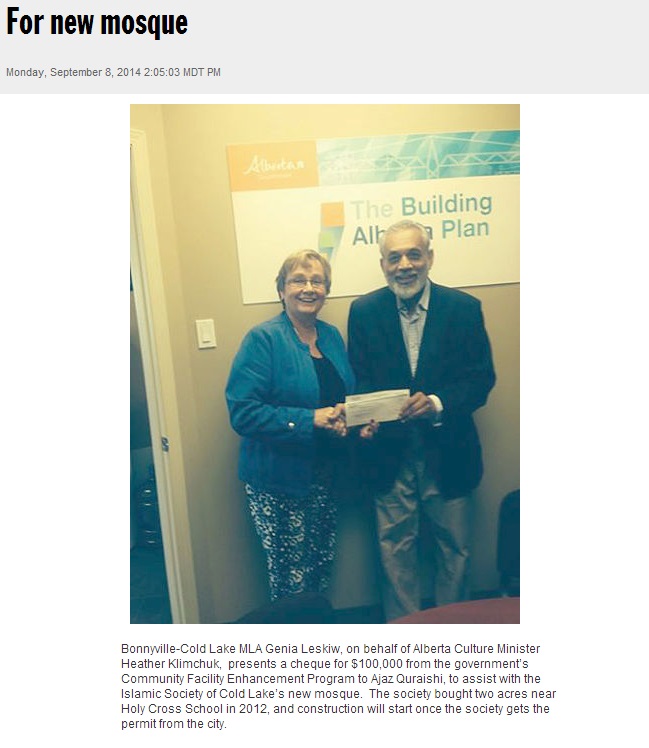 Once again, the Ahmadiyya Muslim Students Association has invited us to speak at their annual Interfaith Symposium. Click the link at the bottom to see the program.

Admission is free, but please register on their page. There are refreshments afterward, and they use the registrations to determine how much to bring. 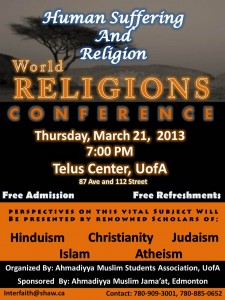 One of our members recently attended Friday prayer with a Muslim co-worker. Since many members of the SEA have been to Christian services, but not many other faiths, there was a lot of curiosity. He’s kindly written up his experience for us.

On Friday September 23, 2011 I attended a Jumu’ah at a mosque here in Edmonton. A Jumu’ah is the special prayer that is performed by Muslims in the afternoon on Fridays. I have always had a bit of a fascination with Islam and, now that I have a coworker that is Muslim, I am able to learn much more about the Muslim faith. END_OF_DOCUMENT_TOKEN_TO_BE_REPLACED

Our President has been invited to present an atheist perspective on this topic. Also presenting are a Christian, a Jew, and a Muslim (oh my). Each speaker will have approximately 20 minutes to state his case, and then there will be a question period. As he will basically be outgunned by a ratio of three Abrahamics to one, any support would be greatly appreciated, especially in the form of well thought out questions.

Hosted by the Ahmadiyya Muslim Jama’at of Edmonton http://www.islamevents.ca/edmonton/natural-disasters-or-divine-punishment/20100916180015943